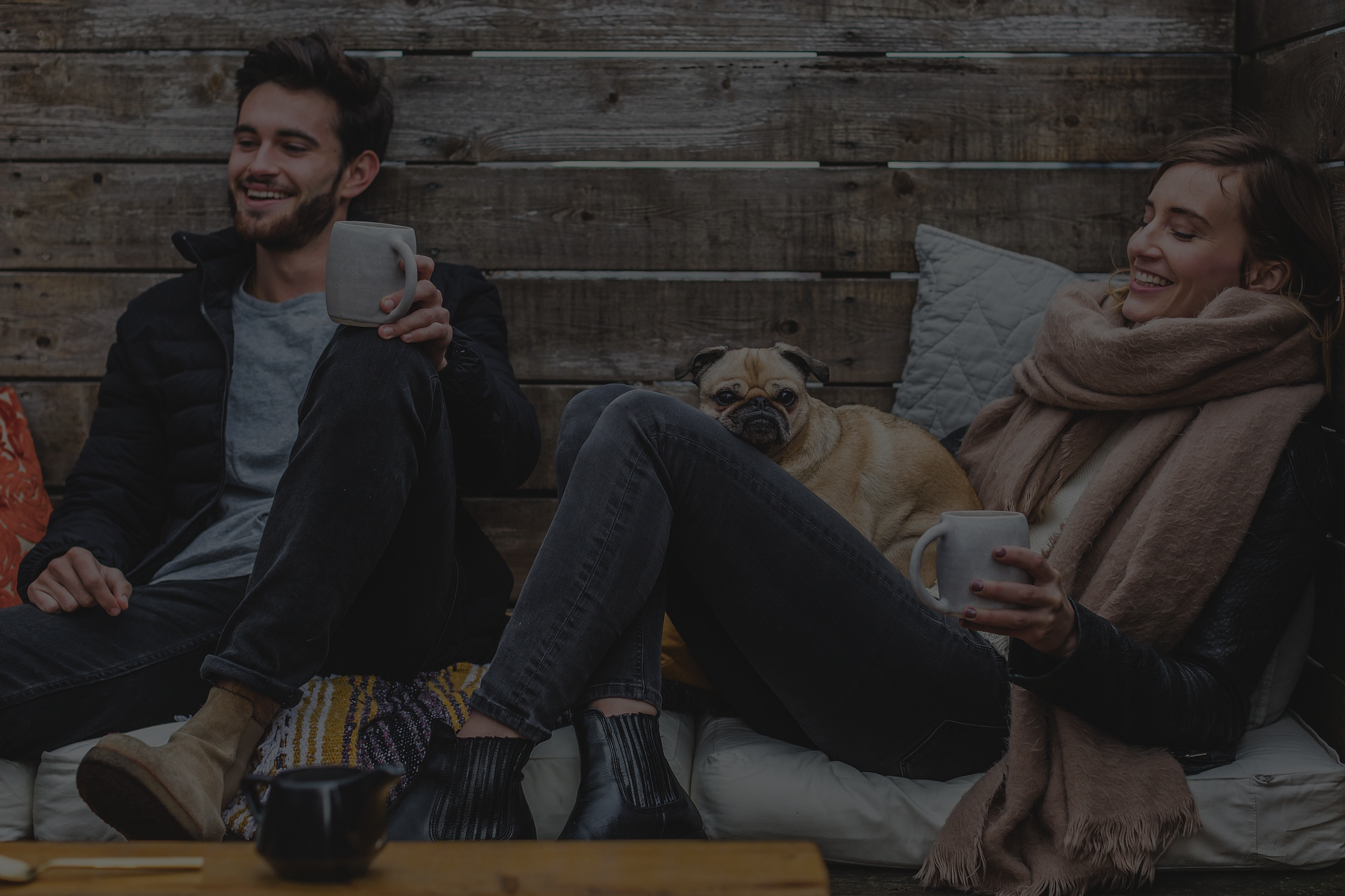 Marriage is the lawful conjunction of the two married persons; that is, of one man, and one woman into one flesh. So was the first institution of marriage, Gen. 2. 21, which is expounded by our Saviour Christ, Matt. 19. 6 Therefore they are no more two, but one flesh. And also by Paul, Eph. 5. 31 For this cause shall a man leave father and mother, and shall cleave unto his wife, (as two boards are joined together with glue) and they which were two, shall be one flesh. Wherefore this is an eternal law of marriage, that two, and not three or four, shall be one flesh.

Marriage of itself is a thing indifferent, and the Kingdom of God stands no more in it, than in meats and drinks; and yet it is a state in itself, far more excellent, than the condition of single life. For first, it was ordained by God in Paradise, above and before all other states of life, in Adam’s innocency before the fall. Again, it was instituted upon a most serious and solemn consultation among the three persons in the holy Trinity. Gen. 1. 26 Let us make man in our image, according to our likeness, and let them rule over, &c. Gen. 2. 18 Jehovah Elohim said, It is not good that the man should be himself alone, I will make him an help meet for him. Thirdly, the manner of this conjunction was excellent, for God joined our first parents Adam and Eve together immediately. Fourthly, God gave a large blessing unto the estate of marriage, saying, increase and multiply and fill the earth. Lastly, marriage was made and appointed by God himself, to be the fountain and seminary of all other sorts and kinds of life, in the Common-wealth and in the Church.

Now if mankind had continued in that uprightness and integrity which it had by creation, the state of single life had been of no price and estimation amongst men, neither should it have had any place in the world, without great contempt of God’s ordinance and blessing. Nevertheless, since the fall, to some men who have the gift of continency, it is in many respects far better than marriage, yet not simply, but only by accident, in regard of sundry calamities which came into the world by sin. For, first it frees a man from many and great cares of household affairs. Again, it makes him much more fit and disposed to meditate of heavenly things, without distraction of mind. Besides that, when dangers are either present, or imminent, in matters belonging to this life, the single person is in this case happy, because he and his are more secure and safe, than others be who are in married state, 1 Cor. 7. 8 Therefore I say to the unmarried and widows, it is good for them if they abide even as I do. Verse 26 I suppose then this to be good for the present necessity, I mean, that it is good for a man so to be. Verse 28 But if thou takest a wife thou sinnest not, and if a virgin marry she sinneth not; nevertheless such shall have trouble in the flesh. Verse 32. And I would have you without care.

The end of marriage is fourfold.

The first is, procreation of children, for the propagation and continuance of the seed and posterity of man upon the earth, Gen. 1. 28 Bring forth fruit multiply, fill the earth, and subdue it, Gen. 9. 1 & 1 Tim. 5. 14.

The second is the procreation of an holy seed, whereby the Church of God may be kept holy and chaste, and there may always be a holy company of men, that may worship and serve God in the Church from age to age, Mal. 2. 15 And did not he make them one? yet had he abundance of spirit; and wherefore one? because he sought a godly seed.

The third is, that after the fall of mankind, it might be a sovereign means to avoid fornication, and consequently to subdue and slake the burning lusts of the flesh, 1 Cor. 7. 2 Nevertheless for the avoiding of fornication, let every man have his wife, and every woman have her husband. Verse 9 But if they cannot abstain, let them marry; for it is better to marry, than to burn. And for this cause, some Schoolmen do err, who hold that the secret coming together of man and wife, cannot be without sin, unless it be done for procreation of children. Lombard saith the contrary, namely, that marriage before the fall was only a duty, but now since the fall it is also a remedy.

The fourth end is, that the parties married may thereby perform the duties of their callings, in better and more comfortable manner. Prov. 31. 11. The heart of her husband trusteth her, and he shall have no need of spoil. Verse 13 She seeketh wool, and flax, and laboureth cheerfully with her hands.

Marriage is free to all orders, and sorts of men without exception, even to those that have the gift of continency; but for them which cannot abstain, it is, by the express commandment of God, necessary, Heb. 13. 4 Marriage is honourable amongst all men, and the bed undefiled. 1 Cor. 7. 9 But if they cannot abstain, let them marry.

By which it appears to be a clear case, that the commandment of the Pope of Rome, whereby he forbids marriage of certain persons, as namely, of clergymen, is merely diabolical; for so writes the Apostle, 1. Tim. 4. 1. The spirit speaketh evidently, that in the latter times some shall depart from the faith, and shall give heed unto spirits of error, and doctrines of devils. Verse 3, forbidding to marry.

But against this doctrine sundry things are alleged.

Objection 1: The Apostle commands the married among the Corinthians, to abstain with consent for a time, that they might give themselves to fasting and prayer, 1 Cor. 7. 5.

Answer: Paul speaks not in that place of daily and common service of God in prayer, but of the solemn and extraordinary exercise thereof, which was joined with fasting and abstinence, in common dangers and calamities.

Answer: The place is not generally to be understood of all, but indefinitely of those married persons that are carnal and fleshly. And he that is married, is to be so careful for the things of the world, as that he ought, and may have also a special regard of those things that concern God and his kingdom.

Objection 3: 1 Tim. 5. 11. The younger widows (saith the Apostle) will marry, having damnation because they have broken the first faith.

Answer: By the first faith, Paul understands that promise and vow which they made unto Christ, when they were baptised; and they are there said to begin to wax wanton against Christ, by denying or renouncing that faith, and not otherwise.

Objection 4: He that does earnestly and from his heart, crave the gift of continency, God will give it him, and therefore he need not marry.

Answer: The gifts of God are of two sorts, some are general, some are proper. General gifts are such as God gives generally to all, and these may be obtained, if they be asked according to God’s word, lawfully, Jam. 1. 5 If any of you lack wisdom, let him ask it of God, who giveth to all men liberally, and reproacheth no man, and it shall be given him. Verse 6 But let him ask in faith, and waver not. Proper gifts, are those which are given only to some certain men; of which sort is the gift of continency and such like, which though they be often and earnestly asked, yet they are seldom or never granted unto some men; as appears in Paul’s example, who being buffeted by Satan, saith of himself, For this thing I besought the Lord thrice, that it might depart from me; but he said unto me, my grace is sufficient for thee, 2 Cor. 12. 8. 9.

Extract from A short survey of the right manner of erecting and ordering a family according to the scriptures, by William Perkins (1558-1602)